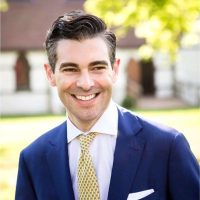 "You can have the best idea in the world and have flawless execution and be completely focused on creating the best widget as it were. If you can't sell that and get that out there, it's not a business. It's an idea. And it's not going to be profitable."

Sheehan on Liquidating your business.

(JP) Jeffery Potvin takes on an interesting leader and Angel Investor in the person of the Portfolio Manager of Tactex Asset Management, Sheehan Burns.

Sheehan gave a comprehensive overview of his background, from school to all he has accomplished as an investor. He talked about his law degree and his first career as a Corporate Governance Research Analyst at Glass Lewis. Sheehan also discussed what he learned from his vast legal and entrepreneurial experience in terms of risk assessment, red and green flags to watch out for, liquidation procedures, trends in the market, and many other topics related to legal and entrepreneurship.

It’s a great episode for aspiring entrepreneurs to learn a lot from.

We are currently in one of the more dynamic economic environments in recent history. Do you view this as a challenge or an opportunity?

Do investors sit on the sidelines? Or bet that markets continue to reach all-time highs.

There are other options.

We have proven strong investment returns across market cycles.

We partner with investors to build institutional quality portfolios. We do this by giving clients access to investments usually reserved for large institutions.

For investors ready to enhance investment returns and manage risk in uncertain markets we look forward to speaking further.

Are you interested in meeting Sheehan, we will be happy to make an introduction!