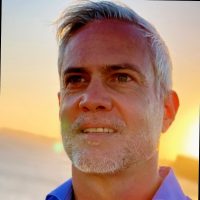 "Be really lean because as you start to grow you become further and further away from what you first started and that learning is what's going to allow you to keep steering the ship. And if you don't take that learning then you have a high chance of failure because you never really spent time learning what it took to build that company from the ground up."

Sascha Badelt on Angel investment itself is not profitable.

For this week’s episode of Ask An Angel, Sascha Badelt, serial entrepreneur and angel, joins Jeffery Potvin to talk about his academic background in Hamburg, all the way up to all the great things he has accomplished.

He shared the pivotal moment in his career. He went from someone who talks about interesting people doing exciting things as a journalist to becoming an interesting person doing exciting things as an entrepreneur. Furthermore, he shared his experience as a Business Consultant in various firms in Germany, Spain, and the UK, including his failure to start a company and his fruitful years as a startup founder in Germany.

Sascha Badelt is a serial entrepreneur and an active Business Angel. He has invested in a number of projects and actively manages a portfolio of start-ups and scale-ups. Also a consultant & mentor, Sascha has a broad network and smart capital to offer.

Are you interested in meeting Sascha, we will be happy to make an introduction!