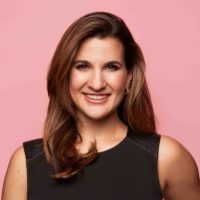 Rachel ten Brink on the emotional rollercoaster of being a founder.

(JP) Jeffery Potvin takes us on another phenomenal episode with an exclusive interview with the GP of Red Bike Capital, Rachel Ten Brink.

Rachel details her life journey from her roots in Costa Rica, her humble beginnings as a brand mogul in the cosmetic industry, to the birth of her startup, Scentbird. In Jeffery’s words, the audience is looking forward to yet another episode filled with valuable insights from Rachel’s vast experience that everyone, from those just starting out to those working in the business, can learn from.

Rachel ten Brink is the General Partner and Founder of Red Bike Capital, a seed stage fund based in NY that invests in founders that are improving lives and powering the economy. Named Entrepreneur Magazines’ 100 Powerful Women of 2020, Rachel is a Data Driven, Product Obsessed Investor, Founder, and Board Member, and a Top Latinx in Tech leader.

Rachel was the co-founder and CMO of Scentbird, a Y-Combinator backed fragrance subscription service that raised $29M in venture funding. As a founder, Rachel led Growth, Brand and Business Development, scaling the company to over 500,000 subscribers. Before this, she spent 20 years building billion dollar global brands at Elizabeth Arden, Estee Lauder, Gillette, and L’Oreal. She is a mentor at Techstars and Y Combinator. She is one less thank 100 Latinas to have ever raised over $1M in VC funding, and part of the 0.01% of Latina Women that are GPs in Venture.

Are you interested in meeting Rachel, we will be happy to make an introduction!