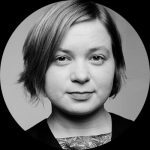 "My whole thing is no matter whatever role you decide to take in your life for your time, be the best. Just know it better than anybody else. That's the only way you're going to get above everybody else in order to work this."

Olga Duka on accepting people and ideas as they are.

(JP) Jeffery speaks with Olga Duka, GP at Improve Ventures, on how she makes a relevant impact on the investing world.

The guest of today shared her story of moving all over Europe, Asia, and America while starting her career straight after university. Having grown up with her parents urging her to expand her talents and interests, she is obsessed with developing early-stage talent. In this episode, Olga shares how she has succeeded in early-stage financing in emerging markets across almost 50 countries.

Infinitely curious, take futures personally, have many engagements of being myself. Spoke about curiosity as a skill at SXSW.

Finding, empowering, and investing in talents, building imaginative solutions together, welcoming all the things unsolved or otherwise impossible.

We currently build an early stage venture fund together with exceptional polymathic partners. We aim to discover and support the new frontiers of talents and innovations in emerging markets.

Are you interested in meeting Olga, we will be happy to make an introduction!