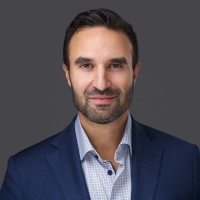 Are you interested in meeting Meir, we will be happy to make an introduction!