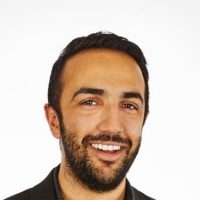 "Because if they create a solution that solves that problem, they can potentially solve a big problem in the world and help a lot of people."

Mark Dhillon on how he maximized his experience working with various companies.

Co-Founder, Strategy & Ops Leader, and Ex-VC & Angel Investor Mark Dhillion shared his story of how a skateboarder from Ottawa started his first company selling fake Ray-Bans to building his own company and then leading early-stage startups. He discussed how his experience working with various companies in several roles helped him understand how a company scales. In addition, he talked about the importance of being strategic, timing, and KPI-driven. As the last point, he emphasized the importance of building good relationships with the founders, promising that it will benefit both the problem being solved and humanity as a whole.

Builder and Generalist with experience on both sides of the table, as an Operator and Investor. I love creating new products, solving complex problems, and crafting innovative business strategies that navigate untested waters. While I specialize in leading early stage startups (Pre-Seed to Series B), I’ve worked with and advised public companies with $1B+ Market Caps.

Are you interested in meeting Mark, we will be happy to make an introduction!