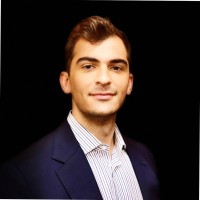 "Don't worry about running fast, man. Just do the race well. Run the race well. Do what you have to do correctly and everything will fall into place."

Today’s podcast welcomes one of the men behind Ascot Properties Family Office, Luca Singh Bhalla. He shares inspiring sayings about networking and communication and how this has led to the success of their Family Office. Luca will inspire aspiring investors building their businesses how they can walk through and succeed from their challenges.

A University of Miami graduate, Luca Singh Bhalla studied entrepreneurship as well as sports administration. Luca is the third generation of Bhalla to be operating under the Ascot name and excited to be a catalyst to the growth that has occurred over the previous years. Luca continues to conduct diligence and source deals for Ascot in both the real estate and venture fields. He is a dynamic and versatile investor having experience in both operating existing assets and recent acquisitions.

Are you interested in meeting Luca, we will be happy to make an introduction!