Founder and CEO at Practice, Author and Investor 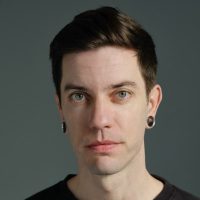 "Have a combination of passion because you need to work on it for a long time with marketability which is the ability to actually succeed."

Julien Smith, Founder and CEO at Practice, Author and Investor

In this episode, Jeffery will be taking on the investor who raised the most money out of everyone he had the opportunity to chat with in the podcast. Author of a New York Times Best Seller, Julien Smith shares how he was inspired by his father who was an executive coach to run his own coaching software company today.

Julien walks through his story, inspiration and the valuable lessons he learned along the way. Listen as Jeffery hits all the buttons with all the amazing insights he got from Julien.

I have spent the past 15 years riding waves of technology as they have grown in importance. This ability to read trends, alongside my ability to express ideas clearly, have allowed me to work with some of the most important names in technology. I have created work that has reached over a million people, in several languages, and made millions in the process for those I have worked with.

I am currently building Practice, a world class tool to help coaches build their businesses entirely on their own. Our team is small and awesome, and our customers love us. Expect to hear more about Practice soon.

My previous venture, Breather, was an on-demand flexible office company we built from the ground up starting in 2013. It was been covered by CNN, Fast Company (twice), TechCrunch, The Verge, and a ton of other publications. We raised over $150m from some of the best investors in the world to build it.

Prior to this, I was (still am) a New York Times bestselling author of business and marketing books. My co-author and myself were among to the first to write books about social media and how to use it for business purposes, and many of the best practices you see in the field were first put on paper by us first.

The first book, Trust Agents, was written with Chris Brogan, was an instant New York Times and Wall Street Journal bestseller and won awards including Amazon and 800 CEO-READ’s best books of the year. We also collaborated on another book, The Impact Equation, published in 2012.

My second book, The Flinch, was edited by Seth Godin has been read by 100,000’s of people. It was published through his experimental Domino publishing project, a partnership with Amazon, and has remained one of the top downloaded / highlighted books on Kindle since the day it was published.

Are you interested in meeting Julien, we will be happy to make an introduction!