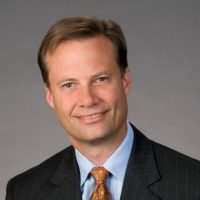 Greg Smith on why would anyone give you money

Greg Smith, president of Blue Vista Ventures, outlined his journey from founding a service platform for the US mortgage industry to becoming a successful angel investor. He shared his insights on the importance of working directly with the customers, hearing and understanding their feedback, and how this is critical in the earlier stages of the startup to avoid problems in the future.

A key aspect of his investment process is looking for a startup with a “selling CEO”. Greg’s “King or rich” question can indicate the CEO’s personality as well as his investment decision.

Greg Smith serves as President of Blue Vista Ventures, LLC, and is an advisor and consultant to early-stage technology companies. Smith has personally invested in 11 start-up companies and funds. Smith formerly served as vice president and general manager of Xerox Mortgage Services. Prior to Xerox, Smith co-founded and served as CEO and Chairman of Advectis, Inc., the exclusive provider of BlitzDocs Collaboration Suite, one of the mortgage industry’s most widely-used solutions for electronic document collaboration. Advectis was acquired by Xerox in 2007.

Are you interested in meeting Greg, we will be happy to make an introduction!