General Partner at Beyond Capital Ventures 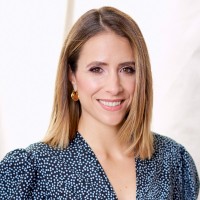 "When you're pioneering, you typically are subsidizing a little bit of the future cost of a new product or new material or new methodology."

Investor with 16 years experience working in the impact investment, venture capital and asset management industries. Co-host of The Beyond Capital Podcast and Founder of The Conscious Investor online magazine. Eva is also an angel investor and a proponent of the 100% Impact Portfolio approach. She is the author of ‘The Good Your Money Can Do.’

Are you interested in meeting Eva, we will be happy to make an introduction!