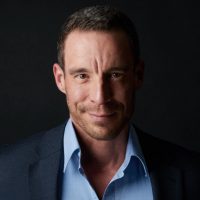 Erik Bullen on how he built his career in the startup and corporate innovation space.

Erik Bullen shared how he built his career in the startup and corporate innovation space. He recounted delivering computers across Virginia and Maryland in his Hyundai, and how this lit the fire inside him to make things work and continue to work through challenges in the startup industry.

Working with startups and corporations to build strategies and execute them, Erik shares what he’s learned over years in the industry and in the corporate world. Furthermore, he stressed the importance of selecting the right people for the team, people who serve as player coaches, who build and develop the team. If anything this pandemic made it clear that grit and conviction are two of the important qualities a CEO should possess.

Mission (Professional): Helping startups, venture/PE firms, and corporate innovators to drive growth, shape the future, and make stuff that matters. I do so by serving as a coach, advisor, consultant, interim executive, board member, or angel investor (or a combination thereof).

Mission (Life): To build a better world for my 7-year-old daughter. I do so through my professional work and by being the best dad and husband ever (aspiring – I’m trying!).

Things to know about me:

1/ The entrepreneurial bug bit me as employee #1 at a startup while going to university.

2/ I have a diverse set of experiences that shape my expertise and opinions including 1) roles as founder, executive, consultant, board member, and investor 2) functions in strategy, innovation, operations, sales, marketing, product, engineering, and customer success 3) working with organizations of all sizes and stages, from pre-seed startups to multi-billion dollar brands, and within a range of industries in the U.S., Europe, and Asia 4) and living at the intersection of tech, strategy, and design.

3/ I’m a strategist and operator. The role I enjoy the most and where I add most value is to partner with CEOs, GMs, and/or other senior execs to make them successful – and their life easier – by being a coach/mentor and by taking their vision and turning it into pragmatic strategy and executable operations. My specialties include building and scaling SaaS, e-commerce, and professional services companies; product strategy and development; sales, marketing, customer success and operations; culture and organization; innovation in theory and practice; fundraising; pitching; storytelling.

4/ Major causes where I give back my time, money and other resources: 1) cancer research/treatment 2) diversity, equity and inclusion in VC and tech 3) children’s education 4) entrepreneurship 5) the environment 6) fixing politics and 7) veterans.

6/ I’m working on my most important startup – my 7-year-old daughter – and aspire to be the world’s greatest dad and husband.

I’m very active in the startup and innovation communities and am always willing to help good people. However, if you’d like to connect, please give me context. It’ll help me to help you.

If you’re a founder, startup, venture firm, or enterprise that would like a consultation, let’s schedule an introductory meeting.

I also write and speak…with regular irregularity (see Publications section for sample speaking engagements). Contact me if you’d like me to contribute.

Are you interested in meeting Erik, we will be happy to make an introduction!