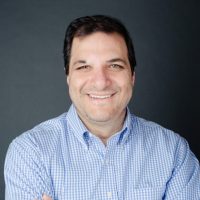 Daniel Marcos on challenges of entrepreneurship and the hard lessons he learned along the way.

Daniel Marcos, CEO and co-founder of Growth Institute, joins (JP) Jeffery Potvin to talk about the challenges of entrepreneurship and the hard lessons he learned along the way. Daniel also discussed the key role of a CEO in a company’s scale-up, building a great team, and the stages a company needs to go through before it can dominate an industry.

Daniel is the co-founder and CEO of Growth Institute, a CEO coach for over two decades, and a keynote speaker on scaling businesses. He is a member of YPO and EO, serves as the Ambassador of Singularity University in Austin, and the CEO of ExO Education in partnership with Salim Ismail.

Daniel is on a mission to give executives the support and methodologies that he wishes he had in his entrepreneurial journey: being a good leader, successfully scaling companies, and maintaining a high quality of life.

In 2012, Daniel and Verne Harnish partnered on this mission and co-founded Growth Institute, a leading online executive education company for C-level executives at fast growing firms.

What was once reserved for a small niche of wealthy companies is now available to all CEOs and their executive teams, effectively democratizing business education and shortening the gaps in professional development.

You can read Daniel’s tips on achieving entrepreneurial success at https://www.DanielMarcos.co or http://blog.growthinstitute.com

Are you interested in meeting Daniel, we will be happy to make an introduction!