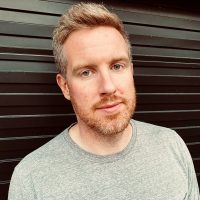 "You have to be okay with failing and get comfortable with it and I think that's probably the biggest thing."

For this episode, Jeffery will be taking on the hockey coach from Canada who is set to make amazing things happen in the VC World. Cam Crowder will walk us through how he translated lessons from hockey into his success as an Business Coach and Angel Investor.

More than his expertise in the sport and team handling, Cam shared how the principles and strategies in handling teams can also be applied in business. Aside from that, he talks about how he discovered Angel Investing after leaving Tim Horton’s, and how his competitive nature led him to his success in the Venture Capital world, and eventually in Silicon Valley at Venture University.

Cam Crowder is a member of the Equation Angels selection committee, a partner in a family business that operates six Tim Hortons in Essex, and part-owner of the Leamington Flyers. Recently, he joined the Frontier Tech Team – U.S. & Europe at Vu Venture Partners.

Are you interested in meeting Cam, we will be happy to make an introduction!