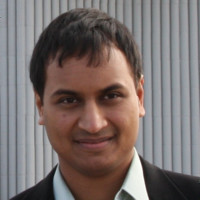 "There's always something at the end of the rainbow. But if you don't go, you'll never find the rainbow."

Know where your audience wants to go – Av Utukuri

In this edition of Ask An Investor, Jeffery has the pleasure to be in the audience of a passionate engineer turned CEO & Creator of Next Gen Hardware and Software Technologies and now one of the most sought after Angel Investors. Jeffery is excited to unpack all the valuable insights Av Utukuri has learned throughout his career. Truly, this is another episode guaranteed to inspire every founder starting out in the industry, the way Av continues to inspire as an Angel Investor.

I love technology and not only imagining what is possible, but being a part of making it a reality. I am a serial entrepreneur involved in 5 tech start-ups to date. I am a product market fit CEO that loves to dissect complex problems and figure out how technology can be implemented elegantly to solve them.

I am a passionate engineer that loves to dive deep and understand not only how technology works but how it can be used to change the status quo. As a graduate of the engineering science program from UofT I am a very hands on executive that has written almost a million lines of code and filed almost 100 patents.

I am also an avid painter that loves design and painting modern, impressionistic art.

As a senior executive and founder in these start-ups, I was instrumental in raising capital, providing board oversight, technical management expertise, product direction and strategic vision. I love to understand how customers interact with products, fine tune and deliver long term value.

Are you interested in meeting Av, we will be happy to make an introduction!