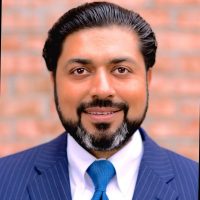 Ajay Malhotra on the importance of innovation.

Angel investor, Ajay Malhotra, talked about his diverse educational background in Computer Science, Commerce, and Information Technology. He also shared a personal story of his struggle with Immigration which eventually led him to launch a new website, immigrate.ai.

Ajay explains how bringing in talent from all over the world to Canada helps the country in the bigger picture. He also discussed that entrepreneurship is 99% perspiration and 1% inspiration. The idea only comprises 1%, and the founder’s execution and discipline will determine how successful the startup is going to be.

Having been in the Startup Visa Ecosystem for 4+ years, we have leveraged our 10 divisions, mentors, advisors and strong due diligence to help over 65 international companies with over 216 founders enter into the Canadian market successfully through the Canada Startup Visa Program.

Canada Startup Co’s Venture Studio has worked with immigrant entrepreneurs:
– From 20+ countries in the world ?
– From over 35 different industries
– Working with both RCICs and Immigration Lawyers
– With various senior management, professional, startup or business ownership experience
– Understanding and navigating the Peer Review and Judicial review processes
– Advised, mentored and introduced founders to connections and partners in Canada

Being the “best in the world” is not just a cliche with him, it’s practise – Ajay was a national level table tennis player, then the first person in a country of a billion people to have dual principal level certifications on IBM Lotus Domino. His last few exits were the world’s most flexible workflow engine and the worlds most configurable ERP system framework (core engine).

Are you interested in meeting Ajay, we will be happy to make an introduction!