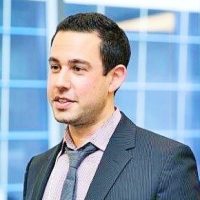 "It's just very difficult to get your head around that investment when you're small. But now, if you're not investing in people from the very beginning, you just won't have them."

Jonah on what background an angel wants to see.

For this week’s episode, (JP) Jeffery Potvin speaks with the impressive Jonah Midanik, Managing Director and GP for Forum Ventures. Jeffery asked about his humble beginnings, his interesting CV, and how he has grown in the VC world.

Jeffery explored the lessons Jonah learned in his journey as a young entrepreneur up to the point of becoming an Angel Investor with high hopes for new aspiring founders in the space. This episode will be helpful for listeners who plan into entering the space as it is packed with different lessons shared in the context of Jonah’s experiences as an entrepreneur as well.

An engineer by trade, Serial Entreprenuer by choice, I support Founders on their journey to building world class companies out of Canada – while occasionally still founding companies of my own.

Are you interested in meeting Jonah, we will be happy to make an introduction!