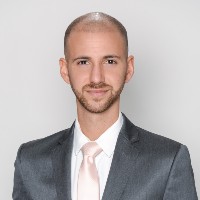 "It's important for CEOs and founders to connect with each other, to understand that there is a network and there is a community of folks that are in similar positions"

Jake Prigoff is a Partner at Gaingels, one of largest and most active private investors dedicated to supporting diversity and inclusion within the venture capital ecosystem. Jake is a physician, survivor, and healthcare investor. After battling Stage 4 Lymphoma, Jake quickly moved toward the healthcare sphere as a speaker, advocate, and physician. He went to medical school at Mount Sinai in New York City and then followed that with training in General Surgery at Columbia University Medical Center. Jake has since left clinical medicine in pursuit of a broader impact on the healthcare system through the healthcare industry.

Are you interested in meeting Jake, we will be happy to make an introduction!