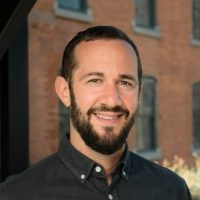 "It doesn't matter. If they're first or second-time founders, there are always biases out there. At the end of the day, it really comes down to the tenacity and the drive that the founder is going to carry."

Isaac Souweine on the importance of distribution.

Isaac Souweine, Partner at Real Ventures shared how he started in New York, explored Southeast Asia while working with Yahoo, and later on set up a venture capital firm in Ontario.

Through his exposure to a broad range of consumers, he further developed his skills in the field of Product Development. He stressed the importance of Product Relevance — putting oneself in the shoes of the audience. In addition, he mentioned that the importance of creating and maintaining a community is essential for startups.

Isaac also shared how his company, Real Ventures, had phenomenal resilience and grit to survive through COVID and come out stronger than ever.

Are you interested in meeting Isaac, we will be happy to make an introduction!